About the Lake District Ski Club 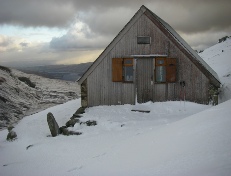 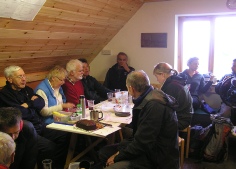 Inside the members hut 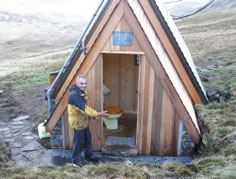 The Lake District Ski Club was created in 1936 by a group of enthusiastic skiers who were looking for a place to ski in the Lake District. Raise was chosen because it provided consistently good snow conditions - and still does!

For many years the club used a rope tow, but this was replaced in the Summer of 1989 with the modern button lift that stands today. The member's hut, originally built in 1958, was replaced in 1999 with a modern hut with heating and electricity, which has been named the Millennium Hut.

A flushing toilet was built in 2011 to celebrate the club's 75th anniversary. Christened the Powder Room, it's a very cosy convenience, which is fed by water running off the mountain and is maintained by septic tank.

The ski club is run entirely by volunteers. Keeping the ski club facilities in shape takes quite a bit of work and the club holds monthly work parties outside of the skiing season.

This work includes maintaining fences, the ski tow, hangers and engine, painting, bringing fuel up and all of the odd jobs necessary to keep the club running.We can always do with an extra pair of hands to help out so, if you can, please come along to at least once during the off season. You don't need any experience, just turn up and enjoy a fun day on the mountain helping to keep the Lake District Ski Club ship shape!